Too Old For Christmas

A holiday romance set in 1854 Columbia, California.
Too Old for Christmas, by Zina Abbott.

Irishman Sean Flood survived the potato famine, crossing the Atlantic, the Mexican-American War, and wandering the Western wilderness with his mules and freight wagon. But, due to poor diet and deprivation, his teeth did not fare well. It’s November of 1854 in Columbia, California, Queen of the Southern Mines, a city Sean is helping to rebuild after the disastrous fire the previous summer. Intense stabbing tooth pain drives him to see Doc Massey, the local dentist. He first stops by the mercantile to pick up a bottle of whiskey—for medicinal purposes—and food­­­­ he’ll be able to eat when it’s all over. If only the beautiful but aggravating woman ahead of him who keeps her face half hidden and insists she won’t accept charity would finish up with her purchase so he can get his supplies, his tooth pulled and return home to his mules and half-built cabin….

That night, Sean meets the woman’s two sons, Jesse and Benjy McNair, and learns her secret. He decides with only three teeth left in his head, he needs widow Ona McNair’s charity—and he’s willing to pay for it. Sean won’t accept nine year-old Jesse’s declaration his family’s poverty means the boy is too old for Christmas that year. Sean is a full-grown man and he’s not too old for Christmas. He not only plans to come bearing gifts to Christmas Eve dinner with the McNairs, but he knows exactly what gift he wants for himself.
*Sweet Romance

A puzzled look crossed Jesse’s face. “What kind of name is Flood? It makes me think of that Bible story.”


“’Tis a good Irish name. Comes from the old Gaelic tuile, meaning flood in English. But, aye, ‘twas a kindness my ma and da didn’t go naming me Noah. Been hearing enough about my name as ‘tis.”
Then, hoping to get an honest answer by catching the boy off-guard, Sean quickly asked, “How long’s your da been gone?”
“Since last spring.”
“Your da got sick, then, did he?”
“No. He was mining further up the river during the heavy spring run-off. But, he fell in and drowned. At the wake I overheard some of the men say he’d been drinking and got in a fight and that’s why he fell in, but Ma won’t say.”
“You have a step-da, then?”
“No. Men come around, but Ma’s picky, which is fine with me. I don’t like most of the ones who’ve showed up, even when they’ve taken a bath and shaved first.”
Aye, likely she’d be having no use for an almost toothless Irishman with a bristly beard to hide it and a mouth stinking like a rotten bog more often than not, now would she?
“What’s she picky about?”
And why be you wanting to know, boyo?

Too Old for Christmas is now available on pre-order at Amazon. You may purchase it by clicking HERE. It will be available on Nook soon.

Zina Abbott is the pen name used by Robyn Echols for her historical novels.

Posted by Unknown at 5:00 AM No comments: 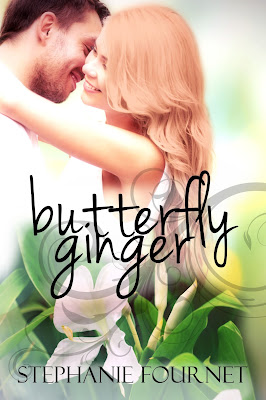 The summer before freshman year, Nate Bradley and Blythe Barnes meet and fall hard. Blythe has the bluest eyes Nate’s ever seen; she smells like butterfly ginger blossoms, and she makes him feel at home in his own skin.
For Blythe, meeting Nate is like finding her best friend—one she wants to climb on top of and kiss forever. Even with plans to attend college in different cities, they’re convinced that nothing can tear them apart—until everything does.
Now, six years later, life in South Louisiana is giving them the chance to put the pieces back together.
Butterfly Ginger, Stephanie Fournet’s third novel, is a romance for anyone who believes that true love is made to last. 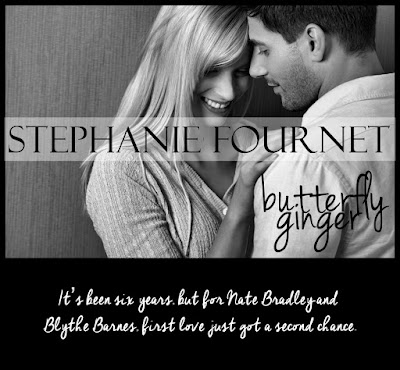 As they passed the stairs on the way to the kitchen, Blythe chewed her lip. When would they go up there? Would it happen right away? How much would it hurt?
“Where are your parents?” she asked, unable to stop the rush of fears that crowded into her head.
“In St. Francesville, visiting Nana Grace — Richland’s mother,” Nate said, taking down two glasses from the cabinet. “They’ll be back tonight.”
Tonight. By then, everything would be different. Would this change them? Her palms felt like dishrags, and she tried to dry them on her shorts.
“Blythe…?” Nate was staring at her. He stood at the open fridge door, and Blythe realized she had missed something.
“Huh? What?”
“I asked if you wanted sweet or unsweet.” His voice was even, but as he studied her, the look of confident ease faded to one of concern.
“Oh… sweet, I guess… or unsweet,” she stammered. “It doesn’t matter.”
Nate shut the fridge door and crossed to her in two strides.
“Stop it,” he said, taking both her hands.
“Stop what?” she said, understanding him all too well but feeling damned ridiculous.
“Stop pretending that you’re okay when you’re not,” he said gently. He squeezed her hands and drew a long, slow breath as though he could breathe for her. “We don’t have to do this today, Blythe.”
“Yes, we do!”
The startled look he gave her must have matched her own.
Where did that come from?
“We do?” he asked, clearly teasing her. “I’m pretty sure it’s optional, Blythe, but if there’s some rule I don’t know about —”
Her index finger jabbed his ribs.
“Don’t joke,” she said, masking her embarrassment with irritation. It wasn’t his fault she was such a mess, but Blythe didn’t know what else to do. How could she screw this up any worse?
“Hey, hey,” Nate whispered, dropping his humor and pulling her against him. “I’m sorry. I just want you to relax. You look miserable, and that’s the last thing I want.”
His brown eyes, the color of warmth, searched hers, and Blythe finally remembered what it was like to be with him. She had thought and obsessed and stressed so much about what they would do, she had forgotten what it meant to be with Nate. Thinking had wound her tight with worry, but being with Nate always settled her like nothing else.
She breathed.
“I’m sorry,” she said, holding his gaze, circling her arms around him and squeezing back. “I’m too much in my head.”
“You seemed far away. I didn’t like it,” he told her. Nate swallowed and appeared to weigh his words. “I want you with me when you’re with me. There will be enough distance once school starts.”
It always came back to this. Time was running out for them. It was why she felt like they had to make the most of this one day alone.
“You’re right,” she conceded. “It doesn’t have to happen today, but, Nate, I want it to. When we go away to school, I don’t just want to be your girlfriend. I want to be your…”
Blythe lost her nerve. She couldn’t say the word out loud.
A wicked smile crept over Nate’s mouth.
“My pen pal?”
“Nate!” She giggled in spite of herself, and Nate trapped her arms with his so that she couldn’t swat him. His lips found her neck, and he teased her between kisses.
“My Facebook friend?” he breathed, making the hairs on the back of her neck stand up, even as she laughed and wanted to kick him all at once.
“Mmm… I love you,” Nate whispered, his breath tickling against her skin. “Would you be my lover?”
The word on his lips made her knees weak. How come he could say it and she couldn’t? And when he did, it sounded perfect. Not cheesy. Not strange. But intimate. A secret just for them.
“I love you,” she whispered back, drowning in his heat. She stretched up and pressed her lips to his neck, tasting a hint of salt and the crisp bite of grass. Even after a shower, Nate smelled like fresh air and green grass, as though he were made of it.
“Is that a yes?” he asked, smiling against her skin.
“Always.” 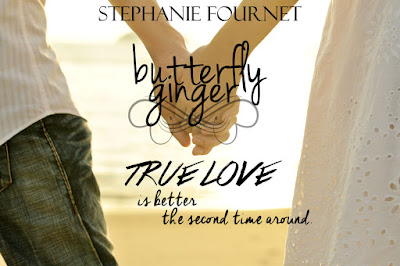 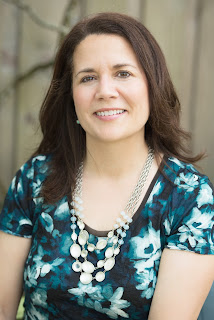 Stephanie Fournet, author of Fall Semester, Legacy, and Butterfly Ginger, lives in Lafayette, Louisiana—not far from the Saint Streets where her novels are set. She shares her home with her husband John and her daughter Hannah, their needy dogs Gladys and Mabel, and an immortal blue finch named Baby Blue. When she isn’t writing romance novels, she is usually helping students get into college or running.  She loves hearing from fans, so look for her on Facebook, Twitter, Goodreads, and stephaniefournet.com.
Facebook | Twitter | Website |Pinterest | Amazon | Goodreads